Flash Report on the Mombasa Port:

a Liability for Kenya and Africa

An undercover survey of the Port of Mombasa by the Elephant Action League & WildLeaks reveals important vulnerabilities and weaknesses in shipping security procedures and confirms how corruption facilitates the role of the port as a major hub in ivory trafficking, with serious national and international security implications.

Washington, D.C., May 28, 2015 – As part of a wider investigation in the city of Mombasa, acting in part on intelligence received via the wildlife crime whistleblower initiative WildLeaks, the Elephant Action League (EAL), in collaboration with a key partner, conducted an undercover survey in early 2015 that exposed port vulnerabilities that are routinely exploited by organized wildlife crime networks.

The Port of Mombasa, one of the most important shipping facilities in Africa, has been a major ivory trafficking hub for several years, with over 43 tons of the illicit commodity seized at or originating from the port since 2009.

The EAL/WildLeaks team’s members, introducing themselves as executives from a mining company, were able to enter the port, tour the entire facility with an official port representative and acquired a good understanding of the checking procedures and how the relevant port authorities interact with clients. The objectives of the undercover survey at the port were to understand how port processes function from a customer’s point of view and to assess possible vulnerabilities.

The flash mission report discusses the results of this survey, explores possibilities for implementing new procedures and recommends measures to enhance port security and to proactively address and deter wildlife – and potentially other – crime at the Mombasa port.

“The port in Mombasa has frequently been associated with ivory seizures all over the world, and given the recent seizures in Singapore and Thailand it would appear that authorities at the port continue to fall well short of their duties,” says Mr. Andrea Crosta, founder of WildLeaks and the Elephant Action League. “Mombasa Port is a serious liability for Kenya, Africa and the world. It is time to implement meaningful changes at the port to bring to an end the vulnerabilities facilitating the trafficking of ivory and other illicit goods”.

Note: Certain details of this report have been withheld in order to protect assets on the ground and ongoing activities. Video and audio recordings of the port survey will be released at the beginning of 2016 as part of another ongoing and currently confidential project. 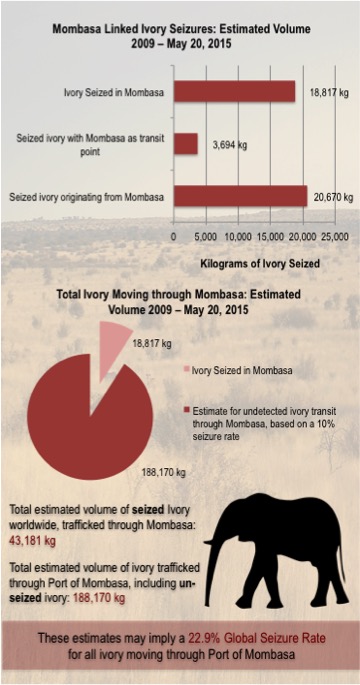 A few pictures taken by our undercover team 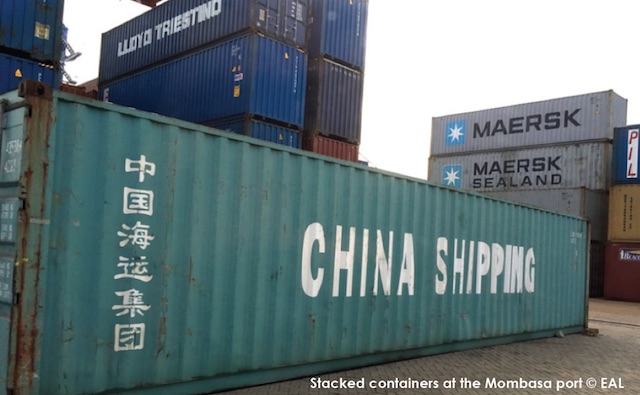