Earth League International is the first Intelligence Agency for Earth

At its core, Earth League International applies professional intelligence expertise to disrupt the proliferation of wildlife crime around the world. Intelligence is the knowledge – ideally the foreknowledge – that Earth League International, its partners, and governmental authorities can employ to safeguard wildlife and people, and respond to very concrete threats to the environment.
It is our contention that professionally run intelligence and investigative activities are currently the most important tools for fighting environmental crime. The intelligence-led approach is needed to integrate the more traditional “reactive” conservation models with a more proactive, impactful, and disruptive approach.

Our team and network of collaborators include professionals who have been working in the intelligence and investigation fields for decades, mostly for top governmental agencies, including the FBI and other government agencies.

As with the fight against other international threats, such as terrorism, drug trafficking or organized crime, intelligence should be at the center of our efforts to fight wildlife crime. It is, and should be used as, a strategic resource to focus investigation and law enforcement activities, policy changes and funding.

Earth League International supplies its extensive skills and combined experience, both intelligence and law enforcement professionals, to a variety of crime-related environmental emergencies. This intelligence-led approach encompasses information-gathering, intelligence production (collection, corroboration, and analysis) and dissemination, and professional investigations targeting many operational scenarios. It is this expertise and flexibility that allows us to operate in situations and locations where other NGOs or governmental agencies are unable or unwilling to operate.

Upon the conclusion of our intelligence and investigative activities, Earth League International prepares Confidential Intelligence Briefs (CIBs) to share with relevant law enforcement bodies at national, regional, and international levels, depending on the nature of intelligence and which agencies are well-positioned to take effective action.

Our mission, to fight wildlife crime and wildlife criminals, is very complex. Individuals and organizations behind serious wildlife crimes are often very powerful and connected, they enjoy the protection and sometimes the complicity of the political elite, and they can bribe virtually everyone around them. These crimes and criminals will not be eradicated only by awareness. Wildlife criminals devastate not only the wildlife and forests they target, they also threaten the lives of innocent people caught in the middle.

These tragedies are easy for many to ignore, but wildlife crime has a global impact: it affects the planet’s ecosystems, local and global economies, development, and international security. With governments and large NGOs often unwilling to wade into politically turbulent waters, the burden to stop wildlife criminals rests on the shoulders of independent organizations and committed people.

Though still outnumbered by criminal organizations and corrupt government officials, people are rising up against these criminals. Brave men and women are in the middle of the conflict, often risking their lives to defend the powerless. Other trained operatives are fighting through intelligence gathering, sting operations, and political back-channels. Not all of these soldiers fight with guns – though some do – but they are soldiers in the most real sense.
Earth League International is in the middle of this war, fighting criminals, protecting the innocent and empowering others to bring an end to wildlife crime and its human toll.
We Fight Back. 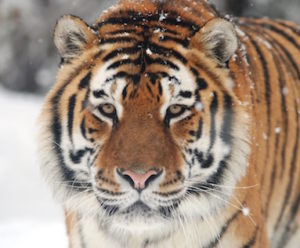 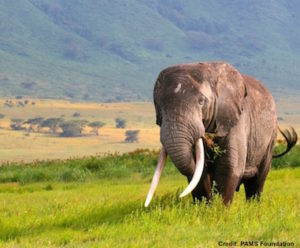 We Collect, Analyze, and appropriately Disseminate actionable intelligence [and other information] to combat environmental crime.