We Rescued Three Chimpanzees from War (Annie, Aimi and Commando) and moved 3 others 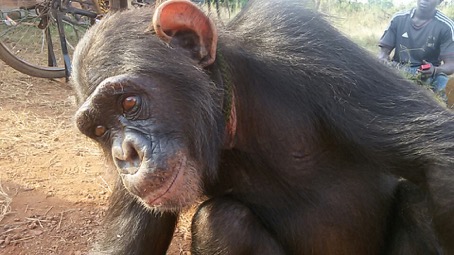 Two female chimps, Aimi and Annie, and one male, Commando, have been just rescued and evacuated from the war-torn Central African Republic, with the financial support of the Elephant Action League (EAL), in collaboration with Peace 4 Animals.

Earlier on in 2017, some 4 chimps were tried to be rescued from the southeastern corner of the Central African Republic.
They were all victim of wildlife crime and the illegal trade in apes.
Sadly right then, the places where they were kept, Zemio and Obo, were invaded and a serious civil unrest fell over the entire area, and people fled across the river into DRC for protection. All communications were broken and there was no way to stay in contact with them since all mobile towers were destroyed. 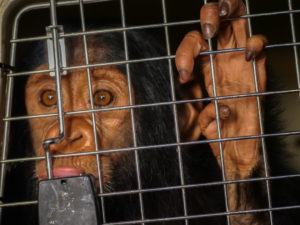 Annie Olivecrona, the woman behind this rescue, thought all chimps were dead. Suddenly the missionaries managed to get contact again and started flying in under UN escort and found out that three of the chimps were still alive, so Ms. Olivecrona, with the help of Elephant Action League, started to plan how to get them out of this war-torn area and to join other 4 chimps waiting in Juba (South Sudan) and all of them to go to Chimfunshi in Zambia.
The rescue operation was carried out at the beginning of April. The Elephant Action League and its founder Andrea Crosta, entirely funded the operation, with the crucial support of Peace 4 Animals, and its founder Katie Cleary.
Logistical support was given by Kenya Airways. 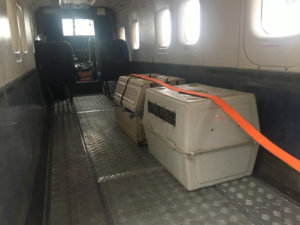 Annie Olivecrona reports that: “All the chimps are happy and ate a lot of food and played with their new toys in their cages and slept happily on the dry thick grass beds with blankets on top! I have seldom seen or heard more happy and content chimps at arrival and it feels so good that these amazing lovely sweet characters now have a forever home and can be with others of their kin for the rest of their lives!”
Andrea Crosta, the Executive Director of EAL said that “EAL is extremely proud to be part of this difficult rescue operation and we will certainly do more in the future. We thank Annie Olivecrona for her crucial role and for wanting to save those chimps in the first place”.
We are trying to rescue the last chimp, Vicky, that we were forced to leave behind for security reasons. 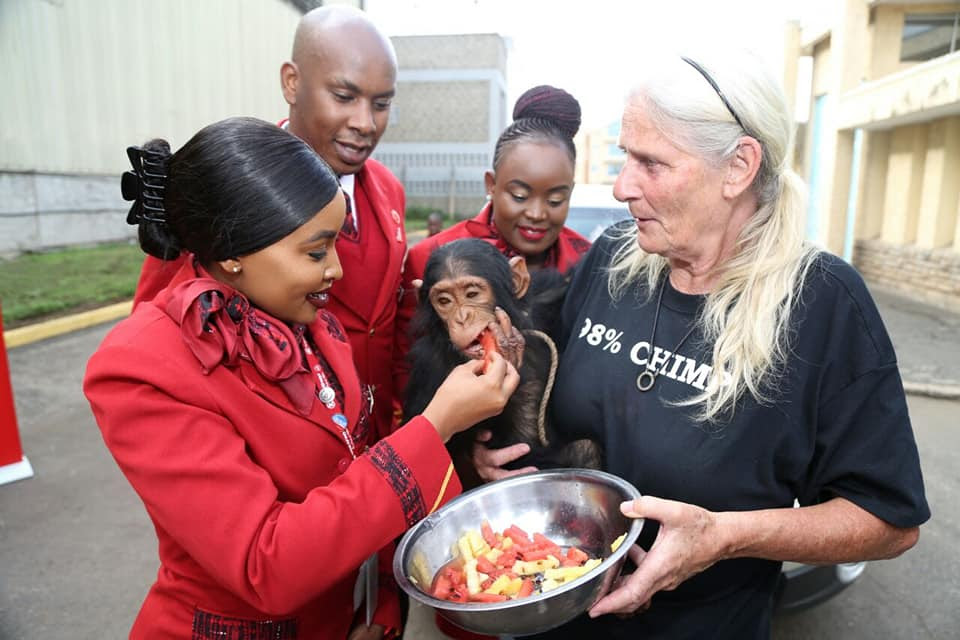