Ecuador: EAL at a UNODC workshop on Illegal Fishing and Crime

The Elephant Action League was in Guayaquil, Ecuador, speaking at the UNODC (United Nations Office on Drugs and Crime) regional workshop on Crime in the fisheries sector, focused on economic crimes and corruption along the fish value chain and the role of organized crime.
Organized by UNODC and the Government of Ecuador, there were official delegations from various Latin American countries including Mexico, Brazil, Colombia, Peru’, Argentina, Panama and Chile.
Two NGOs were present, Elephant Action League and WWF.

It was great to see governments and intergovernmental organizations appreciating the intelligence and investigative work done by Elephant Action League around the world, on various wildlife crime related issues including illegal fishing.
This was an important opportunity to present Operation Fake Gold, our last intelligence-gathering and investigative project on Totoaba illegal fishing and trafficking, and the possible extinction of the Vaquita in Baja California, Mexico. 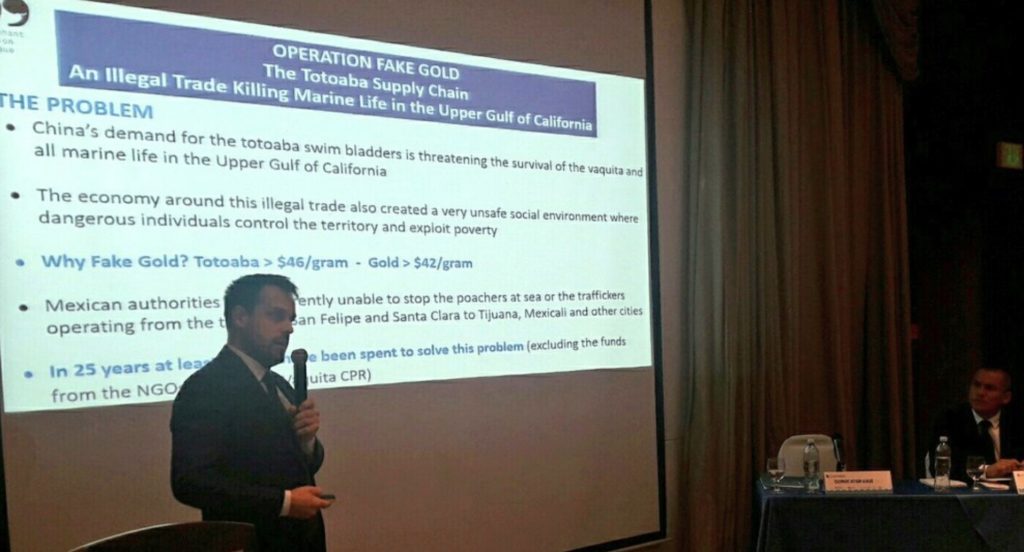 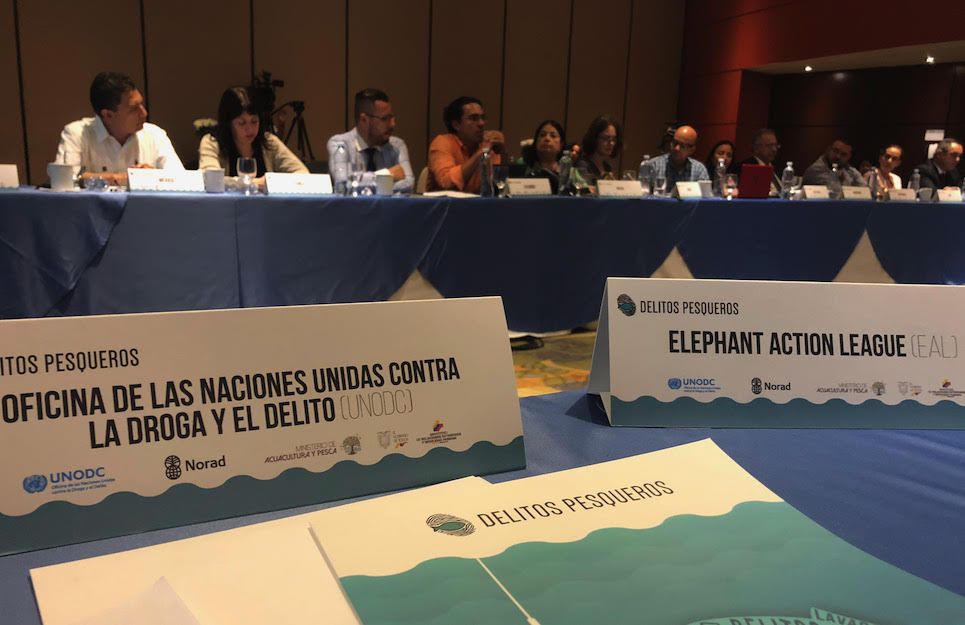