It is a sad World Rhino Day, as the South African government’s astonishing level of corruption, short-sightedness, and incompetence represent formidable obstacles to fighting the rhino poaching crisis and the international trafficking of rhino horn.

According to intelligence that our organization has been collecting in South Africa, and along the entire rhino horn supply chain, over the past three years, the largest poaching and trafficking syndicates in South Africa, including at least ten Mozambican criminal organizations, have total control of the poaching grounds and the smuggling routes.
These syndicates have hundreds of government officials involved in the national parks on their payroll, including those working in Kruger, as well as judges, diplomats, businessmen, and other key stakeholders. Some of the heads of these criminal organizations are very dangerous, cruel people, connected to international drug traffickers and Asian organized crime. They are not afraid of anything. They bribe and threaten everyone around them and are barely hindered by the many local anti-poaching activities – these just slow down their business a bit.
The information that we have collected, and the inability to share it with trusted, capable, and powerful government officials in South Africa, is so overwhelming that it is challenging to express the sheer magnitude of the problem, and difficult to continue to have hope for the future. 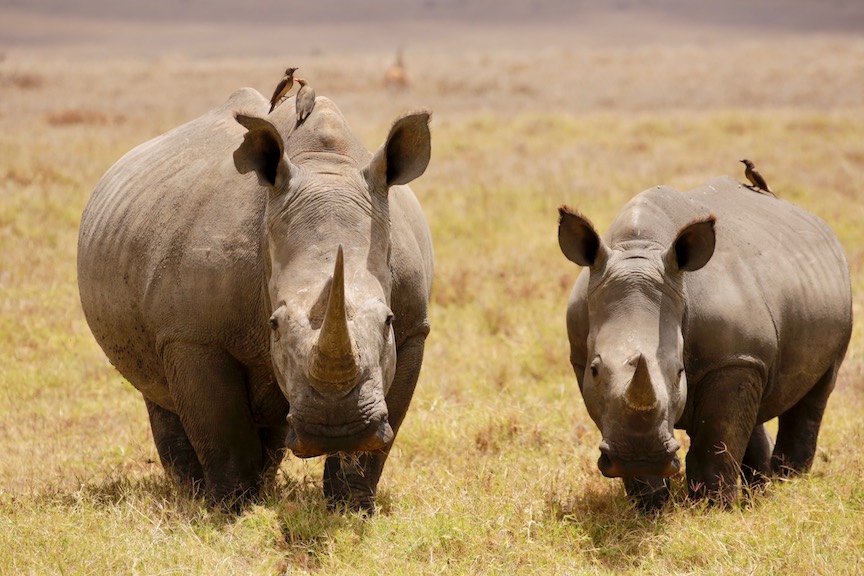 There are also many honest rangers and government officials in South Africa. These individuals, with the help of a very small number of well-prepared NGOs, sometimes manage to hit those criminal networks and cause disruption of their operations. The recent high-profile arrests of six rhino horn traffickers by the Hawks, including the arrest of two policemen, shows that there are people willing and capable of taking action in South Africa. These individuals need to feel and know they have the South African government supporting them, beginning with the President. Without a firm commitment from the government to wipe out these traffickers whose identities are often well-known by the authorities, we risk arrests and anti-poaching activities just being temporary disruptions for these highly organized syndicates.
The recent release from prison of the rhino horn trafficker Chumlong Lemtongthai, a business partner of one of the most wanted wildlife criminals in the world, the Laotian Vixay Keosavang, shows how little of a deterrent convictions by the South African government have on large traffickers.
Anti-poaching activities are badly needed as they keep the rhinos alive and buy some time. Anti-poaching activities do not address the bigger issue, though. They do not tackle the root of the problem – stopping these powerful international traffickers. Stopping poachers and chasing local traffickers are important operations that need to be intensified but let us not fool ourselves that this is the solution. We cannot win this war with anti-poaching operations or by seizing rhino horns around Asia.
Anyone that believes we can stop this massacre simply by arresting or killing expendable poachers does not understand the complexity of the international rhino horn value chain.
Only serious intelligence and investigative work can truly help bridge the current knowledge gap and help international law enforcement agencies target and interrupt these trafficking networks. Unfortunately, it is non-existent. There is still almost no collaboration around intelligence-gathering between South Africa and key South East Asian transit countries where the majority of the international wildlife crime kingpins operate, and China, where most rhino horns end up. Undercover investigations are rare and the kingpins who operate in these countries are still very comfortable, not feeling any pressure, and busy trafficking hundreds of kilos of rhino horn every year, not to mention ivory, pangolins, and other illicit wildlife products.
With South Africa de-facto incapable and unwilling to seriously address this tragic issue properly, blowing smoke in the eyes of the international community and still playing with silly, poorly researched ideas like the legalization of the rhino horn trade, the responsibility to stop this massacre rests on the shoulders of other countries, specifically Asia. A shining example is Thailand, where, in the past year and with the support of Elephant Action League, Thai authorities managed to strike a blow to the rhino horn syndicates several times with some high-profile arrests.
It is depressing, but I personally do not think that rhinos will be saved by South Africans. Maybe, in the end, they will be saved by the Chinese, if they decide to get serious about ending the illicit rhino trade.
Let’s not stop fighting for rhinos, but let’s be realistic about the situation on the ground. A profound change in strategy and a much more aggressive approach are a must if we want to save these iconic animals, and what they represent for all of us.
Andrea Crosta
Executive Director and co-founder of Elephant Action League
Photos credit: Richard Ladkani/Malaika Pictures