Elephant Action League uncovers evidence of wildlife trafficking through intelligence gathering and field investigations in Thailand that leads directly to this important arrest
March 13, 2017, Bangkok, Thailand: Elephant Action League (EAL) is proud to announce that after months of investigation of a criminal network trafficking wildlife into Thailand, The Royal Thai Police, acting on information provided by EAL, arrested Mr. Pichart Muangsri on March 11, 2017. Mr. Muangsri, 45 years old, is a significant wildlife trafficker who has been smuggling endangered live animals and illegal wildlife products for at least 15 years. 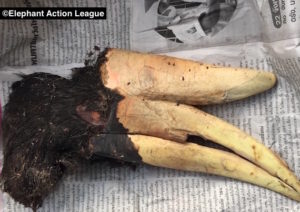 After receiving detailed information from EAL’s investigative operatives, the Royal Thai Police raided two facilities near Bangkok belonging to Mr. Muangsri where they found over 400 birds and some carcasses of helmeted hornbills. He was charged for the carcasses of hornbills and the police are investigating the origin of the live birds. The ‘helmet’ of a hornbill, a wedge of keratin (the same material that makes up fingernails) called a casque, is highly valued and in high demand, especially in China, where traffickers generally sell it as ‘red ivory.’

Mr. Muangsri is also known to have previously trafficked orangutans from Indonesia, although he was never arrested for this crime. 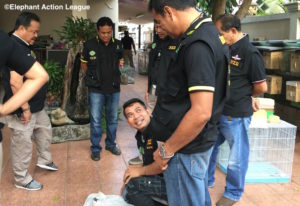 EAL’s Executive Director, Mr. Andrea Crosta, is excited by this outcome as it “shows how effective intelligence gathering and investigative operations, EAL’s specialties, along with cooperation and collaboration with law enforcement authorities, can be successfully applied along the entire spectrum of wildlife trafficking.”
Mr. Crosta and EAL wish to thank and congratulate the Royal Thai Police for this important arrest. According to Mr. Crosta, “We look forward to further collaboration with the Royal Thai Police as they continue to combat the wildlife trade in Thailand.” 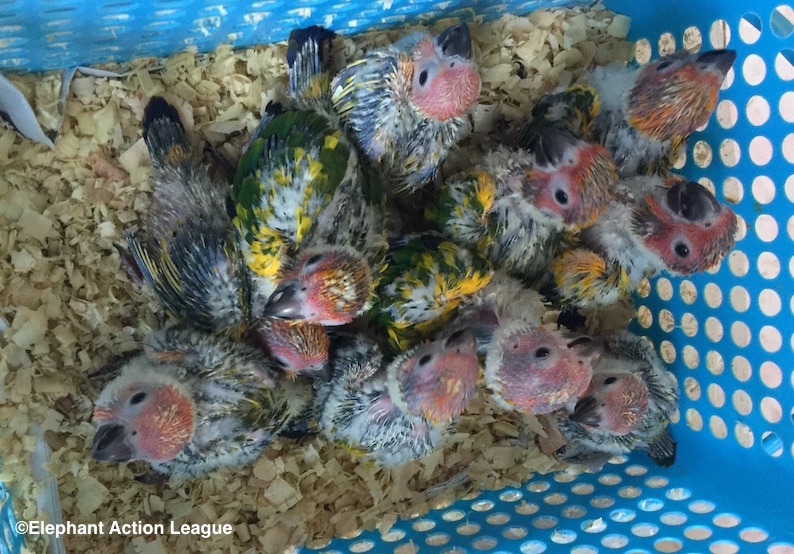 EAL operatives will continue to investigate wildlife criminal networks in South East Asia through its unique intelligence and investigative operations. Developments related to this case will be published by EAL in the coming months. 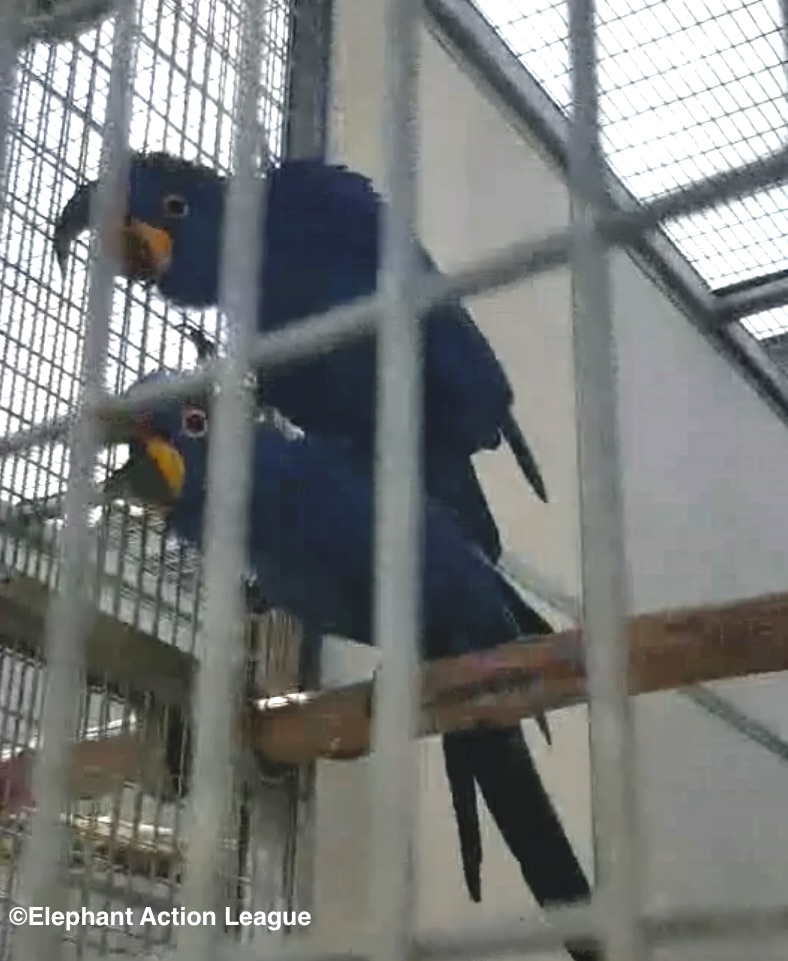 About EAL
Elephant Action League (EAL) is an innovative hybrid non-profit organization based in Los Angeles, California, that merges the worlds of high-level security, intelligence and conservation in service of wildlife and the people who protect it. Its mission is to fight wildlife & forest crime through Concrete, Innovative and Collaborative projects.
Web:   www.earthleagueinternational.org