Vaquita: 6 Arrested in Mexico for Totoaba Trafficking with ELI’s Help

A few high-profile totoaba poachers and traffickers have been arrested in Mexico, including a well known Chinese international trafficker (authorities had released his name as David H.), indicated by Earth League International since 2018 as one of the most important totoaba traffickers and the biggest danger to the vaquita. This person has been included in the confidential reports that ELI has been sharing with the Mexican authorities since 2018.

We congratulate the Mexican authorities and FGR (Mexican Public Prosecutor Office) for these important arrests and hope to continue our collaboration together.

Through Operation Fake Gold, Earth League International has identified what can only be described as “Totoaba Cartels” in Mexico. The totoaba cartels specialize in the poaching and trafficking of totoaba swim bladders – the bottom half of the supply chain. The chain starts in the villages of San Felipe and Santa Clara along the Gulf of California coast, but moves quickly to central smuggling operations in cities like Tijuana and Mexicali. Our investigation has found that these cartels are led primarily by three Mexican criminals who fund the Mexican poachers, and then sell the swim bladders to a group of well-connected Chinese traders and businessmen residing in Mexico. It is those Chinese traders that facilitate the smuggling of totoaba maws to China – the top of the supply chain.

Despite the desperate situation of the vaquita, with only less than 10 left still surviving in the Sea of Cortez, we hope that these arrests will disrupt the illegal fishing operations in Baja, California and show that going after top traffickers is more important and effective than going after local fishermen. 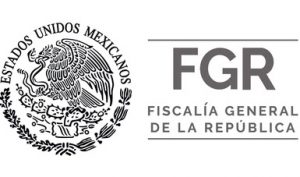