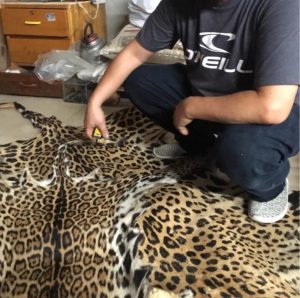 The criminals — Chinese nationals arrested for trafficking jaguar parts from Bolivia to China — are now behind bars or out on bail in La Paz, Bolivia’s Ministry of Environment and Water confirmed on social media in the past week. The arrested are: Mr. Ren Ji LIAO, Mr. YEH, Ms. Xiao HONG, Mr. MA, Ms. Ma ZHANG YANG.

“We congratulate the Bolivian authorities for their thorough and quick work to put some of the leaders of top environmental crime syndicates behind bars,” said ELI CEO and Founder Andrea Crosta. “These arrests are a model for how to clamp down on environmental crimes in Bolivia and throughout Latin America. We were happy to collaborate with the Bolivian authorities and we look forward to working together on many more projects.”

The arrests came after an extensive investigation by Earth League International (ELI), as a result of Operation Jaguar, in collaboration with IUCN NL. ELI investigated the criminal networks behind jaguar trafficking in Bolivia from 2018 to 2020 and unveiled the traffickers’ modus operandi and transport methods, routes and geographical hotspots. 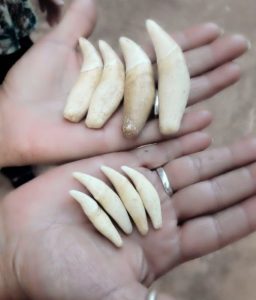 In 2020, ELI and IUCN NL published a report unveiling the criminal networks behind this illegal wildlife trade in Bolivia.

“Infrastructural developments and the influx of Chinese companies in recent years have been indirect drivers for the surge in jaguar trafficking in Bolivia, both through opening up previously inaccessible wilderness territory and providing new sources of consumer demand,” explains Operation Jaguar project leader Liliana Jauregui of IUCN NL. “Jaguars suffer a double threat: jaguar fangs and parts are trafficked per se, but also as substitutes to tiger’s canines due to their very large size.”

ELI launched operations in the South American region in 2017 with a series of activities to collect and update information on the entire breadth of the illegal supply chain for jaguars and other wildlife products. Activities included field interviews, surveillance operations, use of undercover operatives, and various kinds of analysis. 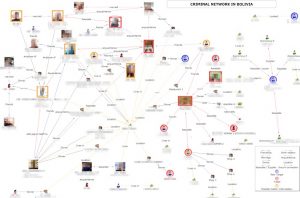 ELI identified more than 50 people of interest in Bolivia, and in collaboration with Bolivian authorities, the organization focused on the most important traffickers at the head of one of the largest syndicates.

The arrests of the five traffickers represent the latest milestone in “Operation Jaguar”, a project launched in 2018 by IUCN NL, in collaboration with ELI and the International Fund for Animal Welfare (IFAW), funded by the Dutch Postcode Lottery. (Click here to learn more about the project.)

Poaching and trafficking are dramatically diminishing wild populations of jaguars (Panthera onca) and ravaging their broader native ecosystems in its native South America. Jaguars are poached for their meat, teeth, bones, skin, penis and testicles; in Asia, jaguar parts are sold as tiger, and some people are under the impression that jaguar parts have medicinal power or act as an aphrodisiac.

In the past few years the price of jaguar fangs in particular (often mislabeled at point of sale as “tiger teeth”) has surged. The street price for teeth in Asia is now more than 10 times greater in South America, fueling an illegal export boom across the Pacific Ocean.

Getting tough on environmental crime — in Bolivia and beyond

Environmental crime — including poaching, wildlife trafficking, illegal logging and illegal fishing — is one of the world’s largest criminal enterprises and more pervasive than the illegal trade in small arms.

While governments worldwide are cracking down on other major crimes, including narcotrafficking, money laundering and human trafficking, environmental crime is increasing by about 7% per year.

The Andes and Amazon have become a hotbed of international wildlife trafficking syndicates. Bolivia is one of the most biologically diverse countries on Earth, home to the Amazon’s tropical rainforests, high-altitude Andean ecosystems and the dry forests of the Chaco.

Bolivia has designated nearly 20% of its territory as protected lands, yet these regions are home to more than 1.5 million people and are difficult to police. The country has become a global epicenter for organized crime, with tremendous overlap among criminal syndicates for narcotrafficking, human trafficking, money laundering and environmental crime.