Following up on our first release on the illegal wildlife trade and pandemics, this week we are releasing a story about jaguar poaching and trafficking in South America.

We have decided to write our second comic on an important story with little existing coverage: the trafficking of jaguar parts by organized crime and our undercover operation that is fighting this illegal trade.

Jaguars are being trafficked from multiple countries in Latin America destined for the Chinese market. The most valued and trafficked parts of Jaguars are their fangs. These are considered to be valid substitutes to tiger’s canines due to their very large size. As a matter of fact, in Chinese jaguars are called “American tigers”. For millennia, Chinese medicine has ascribed magical powers and medical properties to tiger bones and teeth.

Jaguars are listed in Appendix I of CITES, as they are endangered species; the increased poaching thereof as a result of this illicit trade is becoming a severe threat for their survival.

In response to this growing threat ELI has started a three-year intelligence-gathering project, in collaboration with IUCN Netherlands and IFAW, designed to map the illegal supply chain, identify the main players, and help local and international law enforcement agencies to address this important conservation and crime issue. 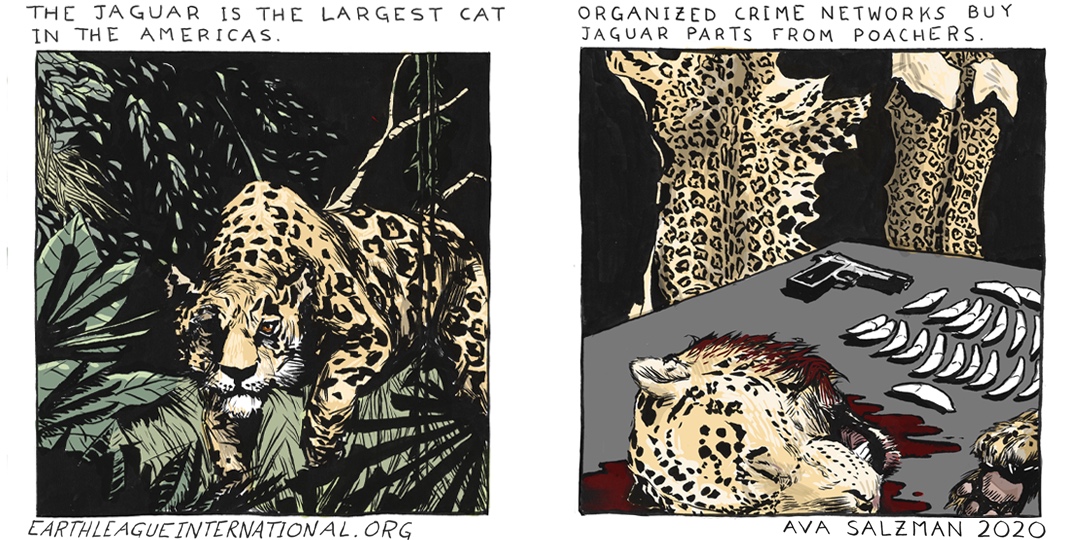 Given the sensitive nature of ELI’s undercover work, graphic novels and comics will show the public exactly what ELI’s teams are doing, and how, without jeopardizing field operations and the safety of ELI team members. 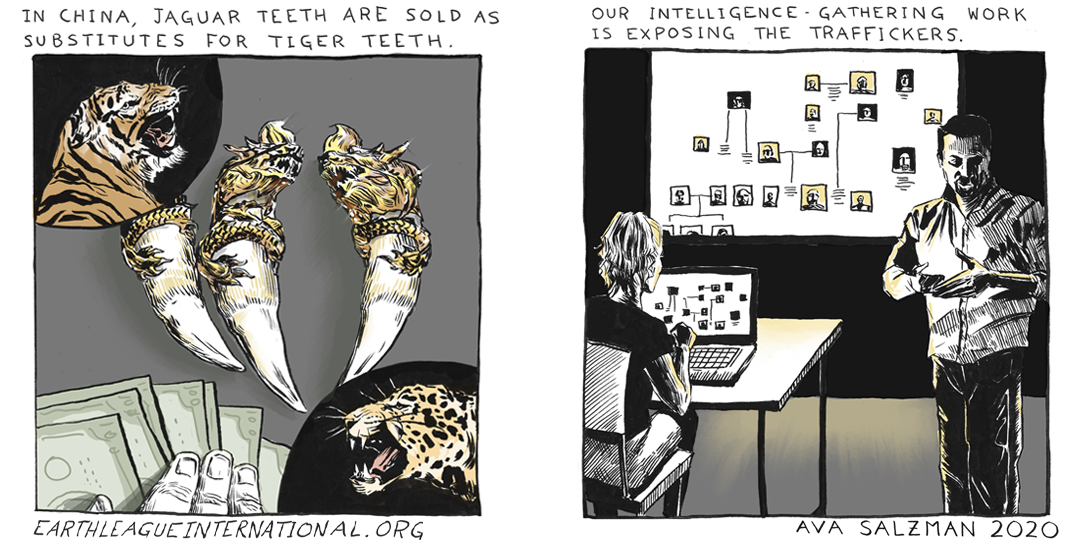 Earth League International (ELI), in its tradition of innovation and progressiveness, launched graphic novels and comics designed to spark more awareness and understanding of the complex world of environmental and wildlife crime. ELI’s graphic novels and comics will depict the mechanisms of environmental crime, the organization’s covert missions, and the actions of ELI’s investigative teams in a way that appeals to crucial demographics, young and old, that must be educated about wildlife and environmental crime to facilitate change in a time where such issues are more important than ever.