Groundbreaking research to push the EU to ban ivory – The Report 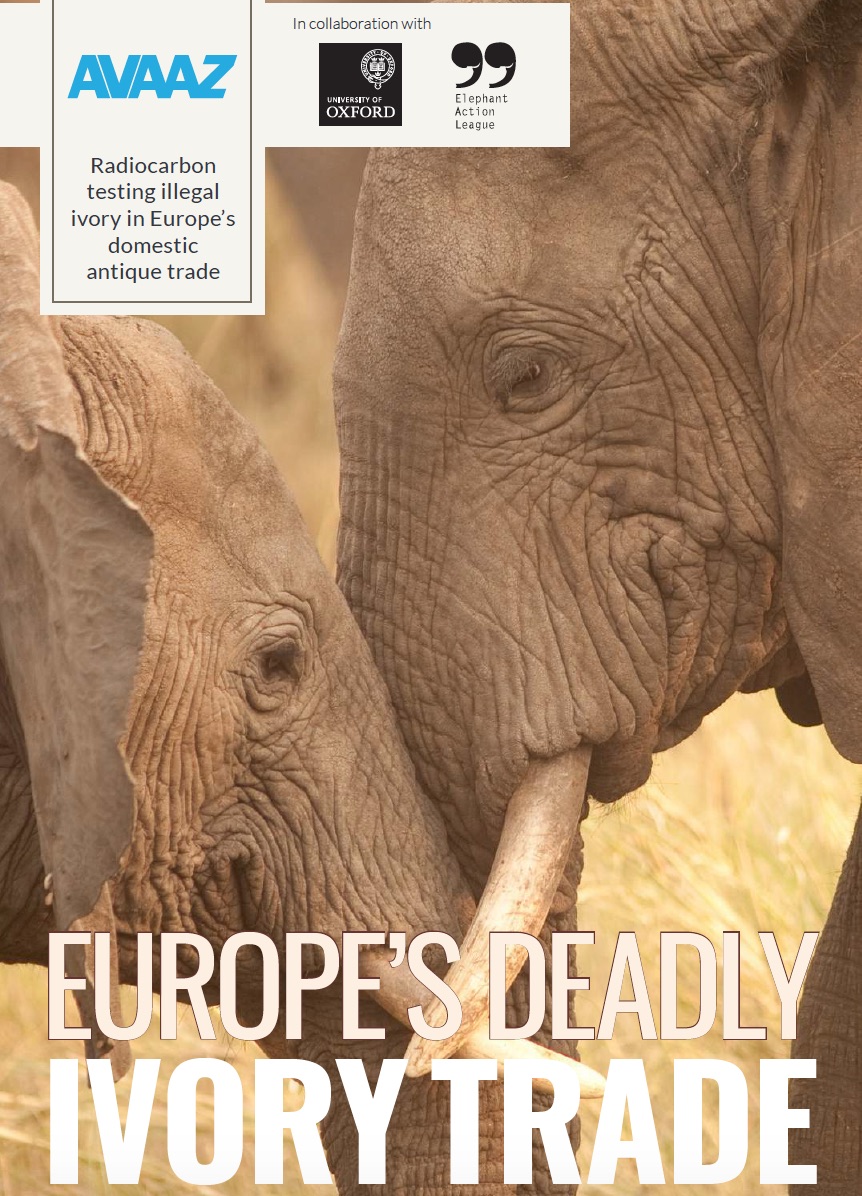 Illegal ivory has been found on sale in 10 European countries (Belgium, Bulgaria, France, Germany, Ireland, Italy, the Netherlands, Portugal, Spain and the UK), contravening international efforts to cut down on the trade which campaigners say encourages the poaching of elephants.
The campaigning group Avaaz, with the technical support of the Elephant Action League, bought 109 items of ivory and had them tested (at Oxford University to determine their age) using radiocarbon dating. Nearly one-fifth of the objects were found to contain ivory from animals killed since 1990.
Three-quarters of the items were dated to after 1947. The sale of ivory made after that date is subject to restrictions, and to be sold legally requires official documentation.

As an example, of the ivory objects bought in the Netherlands, three dated from the 90s, and one’s ivory came from an elephant that still lived in the savannas between 2000 and 2003. Or even after that. The radiocarbon examination does not show when the elephant died, but when its ivory was formed.Avaaz said the findings, which echo other research that has found illegal ivory objects on sale in the UK and elsewhere, showed that Europe should do more to investigate and control the ivory trade.
Andrea Crosta, executive director of the Elephant Action League, said: “We are very proud of this work. I think it is the most concrete effort so far in Europe to show how the legal market can be used to launder illegal ivory.”
Bert Wander, campaign director at Avaaz, said: “This proves beyond doubt that illegal ivory is being sold across Europe. It must spark the end of this bloody trade. Every day the sale of these trinkets continues is a day closer to wiping out majestic elephants forever.”
Download here the report.