Undercover documentary exposing the dark world of ivory trafficking and elephant poaching premiered at Toronto International Film Festival
September 15, 2016, Los Angeles: Elephant Action League (EAL) and WildLeaks are officially announcing the premier of The Ivory Game, a Netflix Documentary produced by Terra Mater Factual Studios and Vulcan Productions, in collaboration with Leonardo DiCaprio. The Ivory Game, premiered at the Toronto International Film Festival, features the co-founder of EAL and the whistleblowing initiative WildLeaks, Mr. Andrea Crosta, among other protagonists, as it reveals the dark world of the complex ivory supply chain.
EAL published its powerful “Blending Ivory: Old Loopholes, New Hopes” investigative report in January 2016. Undercover footage from this investigation exposed the areas where illegal ivory opportunistically enters the legal ivory market, and where China and Hong Kong’s legal trade system and legal businesses are exploited to launder illicit ivory onto the legal market. It is this footage that is presented in The Ivory Game film narrative.
In China, there is a legal market for ivory within the limits of five tons per year, a policy that provides a door for illicit ivory to enter the legal market. On the black market, hundreds of tons of ivory flow through China annually. Legitimate businesses and business people participate in and facilitate the laundering of illicit ivory through the legal Chinese ivory market by importing ‘new’ ivory as pre-ban, antique, and trophy hunting ivory; manipulating the ivory registration system; and selling the existing huge illegal raw ivory stocks, totaling more than 1,000 tons, currently in the hands of a few Chinese traders, according to EAL’s sources.
This is but one aspect of the ivory supply chain. The Ivory Game filmmakers interweave the stories of multiple advocates fighting against both supply and demand. As suspenseful as any thriller, the film follows the Tanzanian task force leader, Elisifa Ngowi, hunting down the crime lord Shetani, AKA ‘the Devil;’the Chinese activist, Hongxiang Huang, undertaking covert missions to document illegal trade; Mr. Crosta, facilitating anonymous tips from whistle-blowers and investigating traffickers; and the Wildlife Justice Commission.
The lucrative ivory trade supports organized crime, facilitates corruption, and flows back to Africa where it enriches warlords and tempts impoverished soldiers into poaching. It has caused rampant poaching of elephants, leading to possible extinction with our lifetimes.
The Ivory Game chronicles the incredibly vital battle to save the world’s elephants. The courage of the film’s elephant advocates makes for a pulse-racing adventure with real-life urgency.
Through this film, viewers will have a front row seat to the fight to bring down poachers, traffickers and corrupt government officials. Mr. Costra hopes that viewers will “understand the magnitude and complexity of international ivory trafficking, and the undeniable role that China has in both the extinction and the survival of the elephants. They have the means to stop the slaughtering of elephants now, but only if they choose to act.”
Download “Blending Ivory: Old Loopholes, New Hopes” at https://www.earthleagueinternational.org/blending-ivory-china-and-hong-kong/. 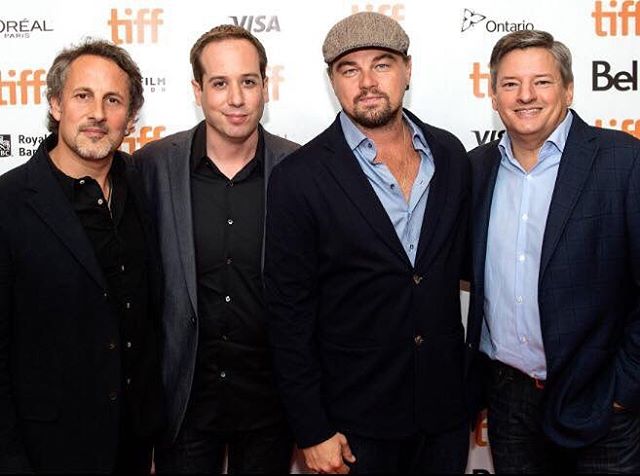 In the picture, directors Richard Ladkani and Kief Davidson, and Andrea Crosta, co-founder of EAL and WildLeaks, speaking after the premiere. © Elephant Action League 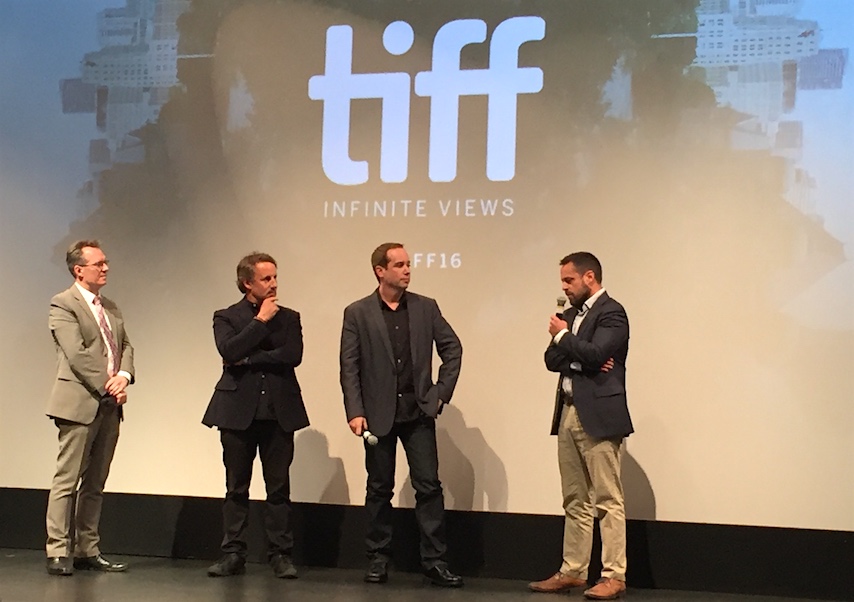 About Elephant Action League and WildLeaks
Elephant Action League (EAL) is an innovative hybrid non-profit organization based in Los Angeles, California, that merges the worlds of high-level security, intelligence and conservation in service of wildlife and the people who protect it. Its mission is to fight wildlife & forest crime through Concrete, Innovative and Collaborative projects. www.earthleagueinternational.org

WildLeaks is a not-for-profit collaborative project created, funded and managed by the Elephant Action League (EAL) in collaboration with a small group of security and intelligence experts. The mission of WildLeaks is to receive and evaluate anonymous information and tips regarding wildlife and forest crimes and transform them into actionable operations. www.wildleaks.org