Too many bulls are killed using the excuse of “problem animals”.

While Africa is losing an elephant every 15 minutes to ivory poachers, trophy hunters are targeting the cross-border population of the Greater Mapungubwe Transfrontier Conservation Area (GMTFCA) to the extent that scientists predict trophy bulls will be all but gone from the region in a mere 10 years’ time.

The region’s hunting quotas, which are too high to sustain according to a study conducted by a team of researchers from the University of KwaZulu Natal, are also having a negative impact on the movement, dynamics and social structures of the GMTFCA’s elephants.

The conservation area encompasses the common boundaries between Botswana, Zimbabwe and South Africa and has at its centre the confluence of the Shashe and Limpopo rivers where both rivers form natural borders between the neighbouring states.

It is also home to numerous hunting concessions.

The research team of Sarah-Anne Jeanetta Selier, Bruce Page, Abi Tamim Vanak and Rob Slotow began their case study in 1999 and used population viability analysis software, distribution data from six aerial surveys and data from hunting operations in each country to reach its conclusions that at current levels, trophy hunting of elephant in the GMTFCA is completely unsustainable.

A trophy bull is a male elephant over the age of 35 years.

Where elephants are concerned the older bulls, between 40 and 50-years of age, are the dominant breeders in the population.

By targeting these animals hunters are removing the breeding bulls, which will have a huge negative impact on the overall population.

“It also had an indirect effect on the population due to the disturbance, which resulted in elephants moving away from the hunting areas.

“Bull elephants returned to hunting areas relatively quickly, but it took far longer for breeding herds to return, the case study found, causing considerable disruption to the normal behaviour of these herds in the process.”

Importantly, the study also found that high levels of hunting of bulls caused a disturbance effect within breeding herds, with exacerbated stress levels observed throughout the population of the GMTFCA.

This disturbance has major ramifications for a region where both consumptive and non-consumptive use is made of elephants, with hunting concessions sitting alongside eco and photographic tourism destinations, says the study.

Excessive hunting invariably has a negative impact on tourism. During the course of the study, between anywhere from two to 43 elephant were hunted annually from the GMTFCA population.

And although from 2006 a zero hunting quota was set for elephants in South Africa, disturbingly 18 elephants were shot between 2006 and 2010 as “problem animals.”

Eleven of these were mature breeding bulls hunted by paying clients.

For the 2010 hunting season, the last monitored by the study, 40 bulls older than 35 years were killed within Botswana and Zimbabwe combined.

This is more than four times the quota identified and recommended by the study.

Botswana has banned trophy hunting since the study was completed because its government does not believe it has any value to conservation, however hunting is still prevalent within the GMTFCA as both Zimbabwe and South Africa have policies of sustainable utilisation which support it.

“It’s our recommendation that the quota system is revised as a matter of urgency and that a single, cross-border management authority be established to regulate hunting of both elephant and other species which range across the transfrontier region,” says Selier.

It is also perhaps pertinent to ascertain the circumstances in which South African authorities identify and target “problem elephants” where no hunting quotas have been set.

The aim of allocating hunting permits in terms of problem animal control laws are to deter elephants from entering communal areas and to compensate local communities for damage to crops and property in an effort to improve the tolerance of these communities towards elephants.

But the study shows that hunting bull elephants are not an effective deterrent as elephants return to the region within a year of the hunt taking place.

South Africa’s current system with regards to problem animals is ad hoc and lacks any systematic approach, says the study, and does not deal sufficiently with migratory cross-border movements of elephants.

The same can be said for the process used to set quotas.

“Throughout the period of our study there was no single approach to hunting quotas within the GMTFCA.

“Each country involved in the TFCA had its own method of calculating quotas and none were based on the actual biological population or took into account its various dynamics and movement patterns,” says Selier.

One of the common problems in the administration of the TFCA model is that there is no single management plan in effect, but rather three different and often opposing plans for each sovereign state involved.

“Management plans invariably aim for the sky but fall short on implementation because of a lack of budget,” explains Selier.

“Signatories to TFCAs need to adopt a more hands-on approach to the management of cross-border wildlife populations, especially elephants.

“Management plans need to be made to fit budgets and there needs to be monitoring of the implementation of these plans to ensure compliance, with solid international agreements in place,” she adds.

“Elephants notoriously move away from areas where they are being hunted, which will then place more ecological pressure on the areas they move to. They are exceptionally clever animals in this respect.”

Is there a solution? Selier feels it is perhaps time that the management of TFCAs is re-examined.

“We need to start thinking out of the box and work together to find ways to make the utilisation of natural resources more responsible. We also need to find creative ways to keep each stakeholder in a TFCA involved in its overall management, and responsible for it,” she explains.

“The current quotas are neither sustainable nor responsible, and this needs to change quickly, before it’s too late.” 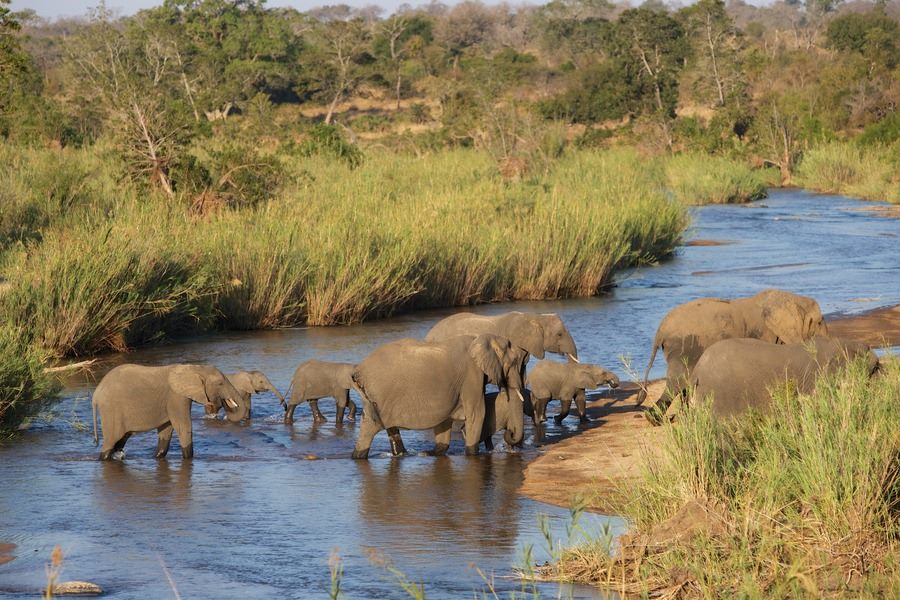