A year-long investigation has exposed official complicity in slaughter for the ivory trade.

By WildLeaks’s partner the Oxpeckers Centre for Investigative Environmental Journalism.

The poaching networks on the ground consist of armed hunters: Mozambicans, Tanzanians and Somalis with high-calibre weapons. They smuggle their illegal proceeds through Mozambican ports, airports and borders, destined mainly for China or Vietnam.

But documents show that, despite the laws, officials are facilitating these crimes. Some sell weapons and ammunition, military uniforms and boots, and others expedite the release of detainees and make evidence disappear. 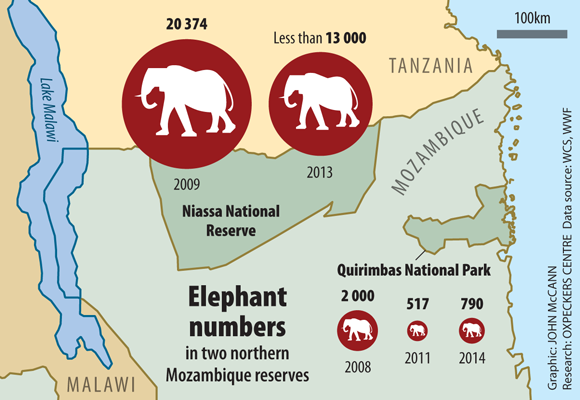