The Slaughter of Africa’s Wildlife, an Essay in Photographs

Photojournalist Kate Brooks talks with Salon about the threat to Africa’s wildlife.

Kate Brooks has long fixed her camera lens on violence.

In her 16 years as a photojournalist, she’s documented conflicts in Afghanistan, Pakistan, Iraq, Lebanon, Syria, Gaza and Libya. But for the past year, her attention’s been turned to Africa, where a human-versus-animal war is at its breaking point. Organized, aggressive and hugely profitable poaching operations are on the rise, and elephants and rhinos are on the fast track to extinction.

It’s a crisis of international proportions, and the tragedy of the potential loss of entire species is only the beginning. As Hillary Clinton put it last fall when she introduced an $80 million anti-trafficking program: “This is not just about elephants. It is about human beings, governments, trying to control their own territory, trying to keep their people safe, as well as protect their cultural and environmental heritage.” The spoils from the global poaching trade, valued as high as $10 billion a year, moreover, are funding terrorist organizations and criminal syndicates, making it an issue of international security as well.

Brooks is in the middle of filming “The Last Animals,” a documentary about the complexities of the poaching epidemic, and hopes to complete it next year. We spoke about the project and about the insights she’s gained about efforts, both locally and around the world, to put an end to poaching before it puts an end to Africa’s wildlife. A selection of her photographs follow the interview, which has been lightly edited for length and clarity. 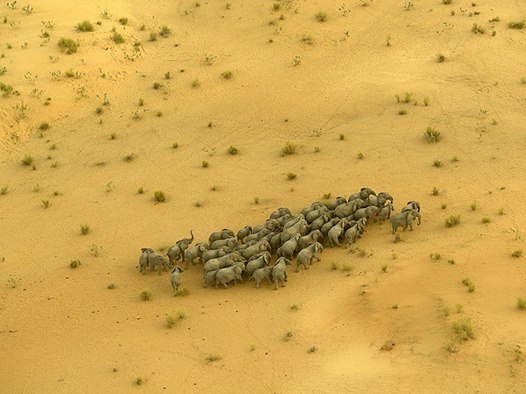