Logging has allowed poachers to wipe out the African forest elephant

The Independent
December 20, 2013
The ivory of these rainforest-dwelling creatures is harder and therefore more desirable.
Most people know of the African elephant as the great beast that lives on the open savannah but there is a lesser known African elephant that lives a more secretive existence in the dense rainforests of the Congo basin – and it too is under threat from ivory poachers.
A lethal combination of logging and poaching has decimated the population of African forest elephants that have lived in the rainforests of the Congo basin for millions of years, isolated from the more famous African bush elephant which usually lives in the open savannah and woodland.Forest elephants are smaller than their savannah cousins and some scientists believe they are a distinct species, based on the way they look and behave as well as wide variations in their DNA sequences. But because they are hard to observe in the dense rainforests of central Africa, we know far less about them than we do of savannah elephants.
What is known, however, is that forest elephants have dwindled in numbers and range from the days many decades ago when the occupied a vast swathe of west and central equatorial Africa, from Guinea and Nigeria in the west, to the origins of the River Congo in the heart of central Africa.Today, forest elephants are found only in pockets of rainforest in Gabon, Cameroon, the Central African Republic, the Republic of Congo and the Democratic Republic of Congo. In the past decade alone, scientists estimate that 62 per cent of forest elephants have been slaughtered for their valuable ivory – although their tusks are smaller than the bush elephant, their ivory is harder and therefore more desirable (and valuable) to carvers.
Estimates of how many forest elephants are alive today vary enormously, from as low as 24,000 individuals to as many as 209,000 – although few experts now believe it can be this high. This wide variation is symptomatic of how little is known about this species, which conservationists have nicknamed the “gardeners of the rainforest” because of the vital role they play in distributing the larger seeds of the forest.The biggest threats to the forest elephant come from the logging roads that run deeper and deeper into the rainforests. These roads bring poachers armed with guns into areas that were once too remote for close human contact with these gentle forest giants.
“Historically, elephants ranged right across the forests of this vast region of over 2 million square kilometres [over 772,000 square miles], but now cower in just a quarter of that area,” said John Hart of the Lukuru Wildlife Research Foundation in the DRC, who was part of a large international study into the forest elephant published earlier this year.
“Although the forest cover remains, it is empty of elephants, demonstrating that this is not a habitat degradation issue. This is almost entirely due to poaching,” Dr Hart said.

The study, the largest ever of the forest elephant, was a combined effort of more than 60 scientists working between 2002 and 2011. It involved walking more than 13,000 kilometres (8,000 miles) and collecting some 11,000 samples for analysis – mostly dung which is the only accurate way to count these elephants.
The researchers concluded that a third of the territory occupied by the forest elephant had in the space of just 10 years become too dangerous for their survival. The pressure from ivory poaching was quickly sending the species along the road to oblivion.
“The analysis confirms what conservationists have feared – the rapid trend towards extinction, potentially within the next decade, of the forest elephant,” said Samantha Strindberg of the Wildlife Conservation Society in New York, one of the senior authors of the study.

The slaughter was directly linked to the growing network of roads being built in Central Africa. The unmanaged growth of these roads is the single biggest factor that has accelerated the poaching problem, fuelled as it is by the growing demand for ivory from the Far East.
“Unmanaged roads are highways of death for forest elephants. It is not the physical effect of the road that is the issue – forest elephants actually like roadside vegetation – rather it is the fact that unmanaged roads bring people, with their guns and ammunition. They also become direct pipelines into pristine forest areas for both human settlements and distant bushmeat markets,” Stephen Blake of Wildlife Conservation Society in New York said in 2007 when a previous study of forest elephant populations and roads was first published.

To make matters worse, the slaughter it taking place in secret. “In African savannahs, both elephant populations and illegal killing can often be monitored through aerial surveys, whereas elephant massacres in the depths of the forest can remain undetected,” Dr Blake said in 2007.
Since then, there has been an acceleration in the development of roads and other infrastructure across the Congo Basin, Dr Blake said yesterday.
“Private companies and governments are building roads as never before to access resources and make profits. However almost nothing in reinvested into road infrastructure to design less ecologically damaging routes, and to manage roads against illegal hunting and trafficking once they are built,” Dr Blake said.
“Everyone cares much more about either their profit margin or the cost of consumer goods than they do about planning a decent future for elephants and their habitat. Time to do things right has all but run out,” he said.
“The good news is that there is a tiny window of opportunity still available, but the world needs to seize it right now, or it will be gone for ever.”

Forest Elephant Facts
DNA studies show that the forest elephant, which was previously thought to be a subspecies of the African elephant, differs as much from its savannah cousin as Asian elephants differ from mammoths. Forest elephants are smaller than their savannah cousins, growing to an average height of about 2.5 metres at the shoulder, compared to 3.5 metres of the savannah elephant. They lives in smaller social groups and are great fruit eaters, which is why they are called the “gardeners of the forest” because of their important role in dispersing larger forest seeds. 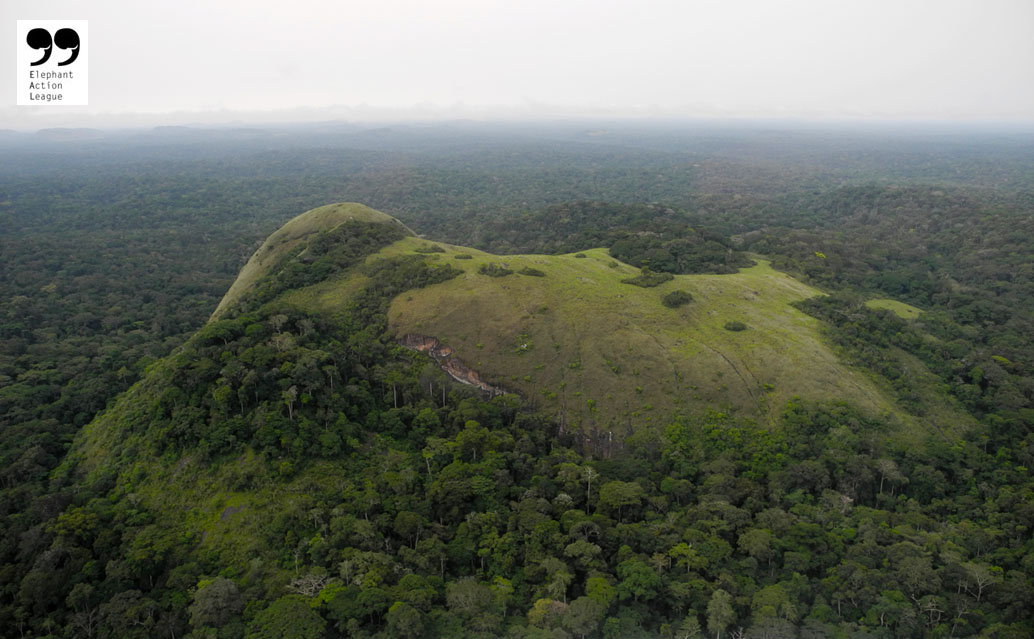