The story published November 15th in Southern Weekly, about elephant poaching and blood ivory, has gone viral in China, has been shared widely across Chinese web sites and social media, raising awareness among millions of Chinese.

The story mentioned also Elephant Action League and its groundbreaking investigation on ivory and terrorism.

According to WCS, also mentioned on the article, the total views of the original Southern Weekly Tweets and Retweets on Weibo (China’s Twitter/Facebook hybrid) exceeded 10 million. Most of these “netizens,” or members of the Chinese online public, were from Tier 1 Chinese cities (Beijing, Chongqing, Guangdong), the most significant consumers of ivory.
The article was reposted on 24 online discussion forums or Bulletin Board Systems (BBS) including Mop and Tianya, two of the most popular in China. Thousands of comments were generated on the Tianya BBS forum alone. Overall over 5,000 comments on the article were posted on Weibo, BBS fora, and other websites.

The story received wide play outside environmental news, being picked up on finance sites, according to WCS.

The article, titled “The Blood Ivory: Behind the Largest Ivory Smuggling Cases in China”, identified Chinese consumption as the main driver of elephant poaching. It noted links between the ivory trade and terror and rebel groups in Africa.

You can find the text in Chinese here: http://www.infzm.com/content/95931 (run it through Google for the translation) 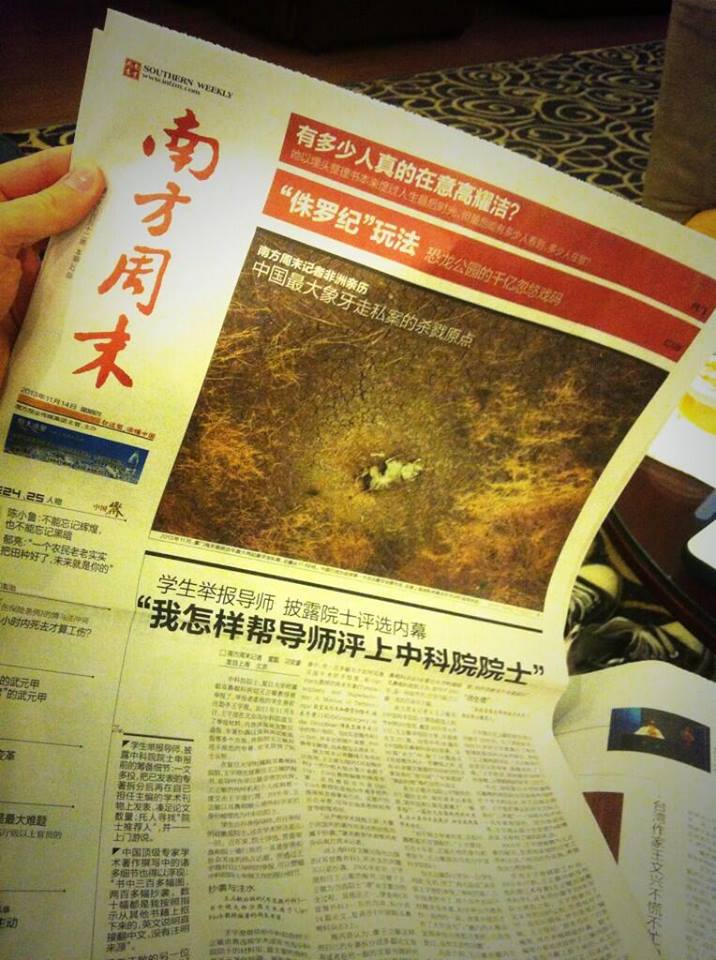