Gabon – On Tuesday 13th November, 2 ivory traffickers have been arrested by forestry officials and “contre-ingérences”, with support and information from Conservation Justice (http://www.conservation-justice.org). They had 40 kg of ivory they were trying to sell. They will be transferred to the Libreville tribunal on Monday to be judged.

One of them is probably one of the most important ivory traffickers in Libreville, making the link between tens of buyers and sellers. His phone had 15 Chinese contacts. He was investigated for months and was already close to be arrested 2 years ago in November 2010, when his “brother” had been arrest. Both were managing an ivory workshop, and had opened a new one.

We hope more information will be found, in order to arrest more people and understand the ivory traffic in Libreville.

PALF project (partnership between the Forestry Ministry and Conservation Justice) had also organized an arrest in  Lambarené last Friday, with confiscation of 17 kg and arrest of a trafficker and his accomplice. 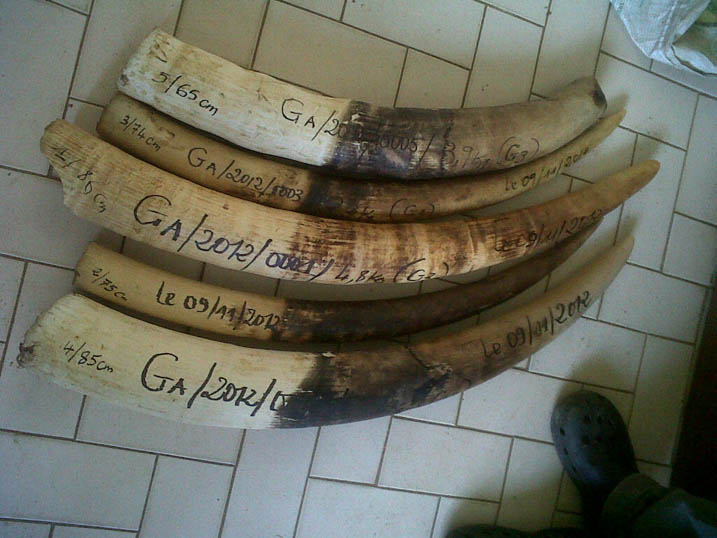 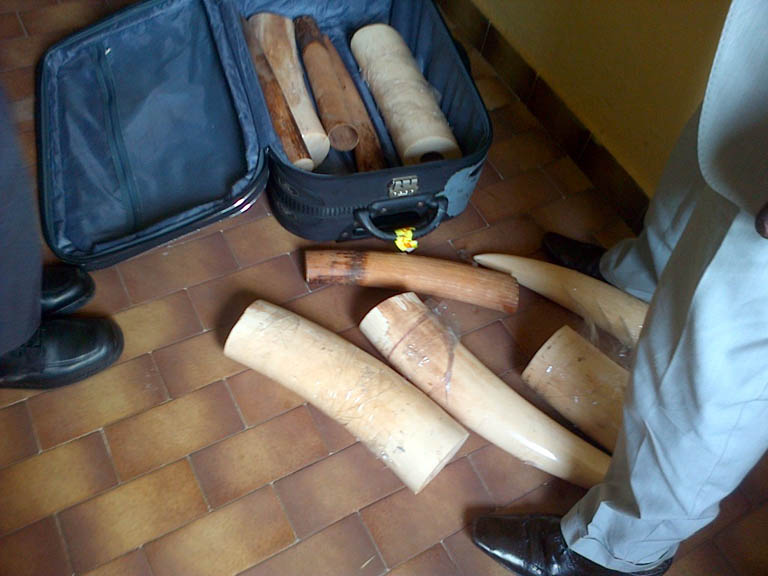